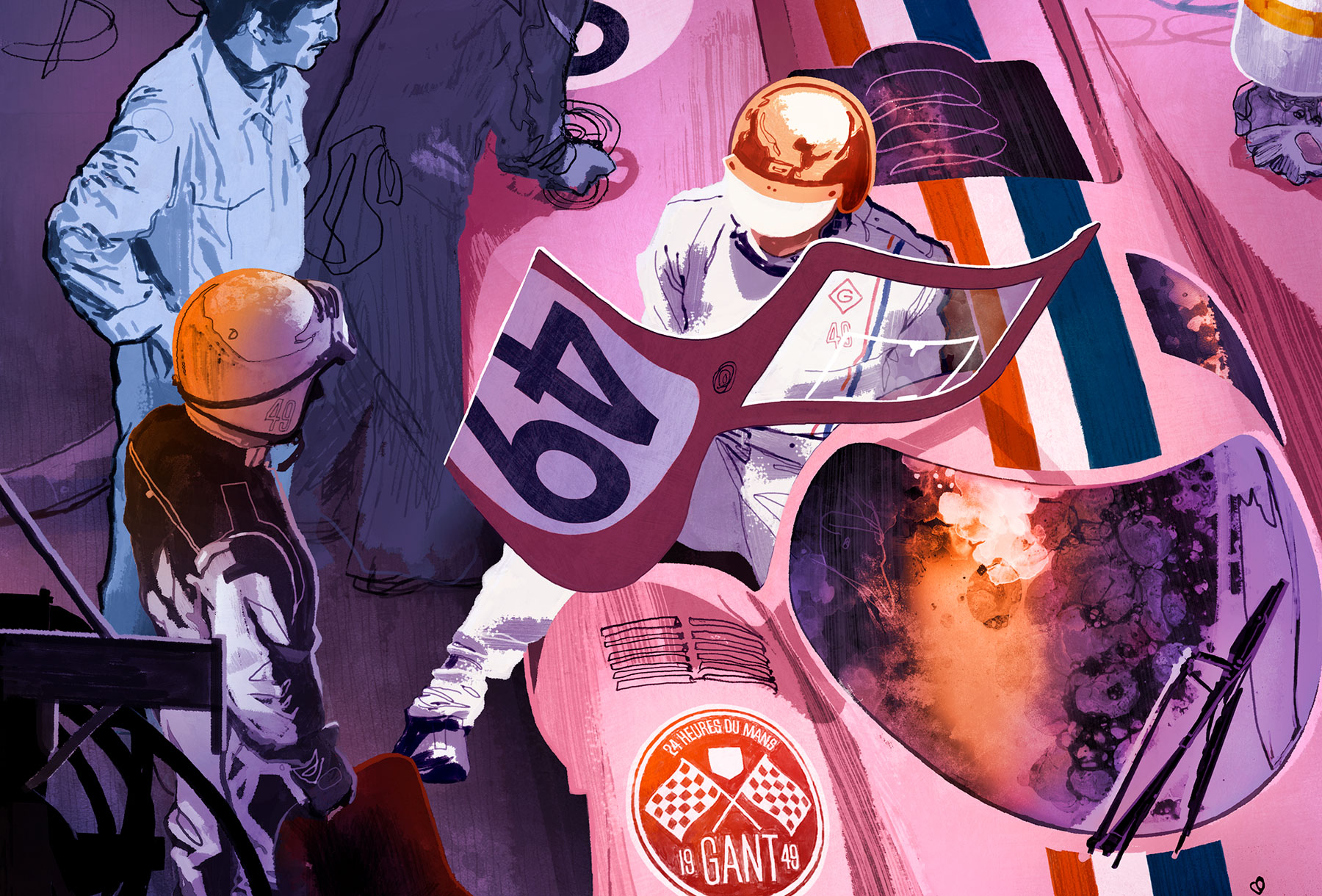 The golden days of racing

Summer 2018 saw GANT return to Le Mans and the sponsorship of ACO. This time around the posters portrayed racing in the sixties and seventies, by many regarded a golden era. Porsche emerged as a leading force in endurance racing and in 1971 Steve McQueen added to the glory by starring in the film Le Mans. The style of the drawings is a reference to the same period in time and were inspired by legends like Bernie Fuchs and Bob Peak. 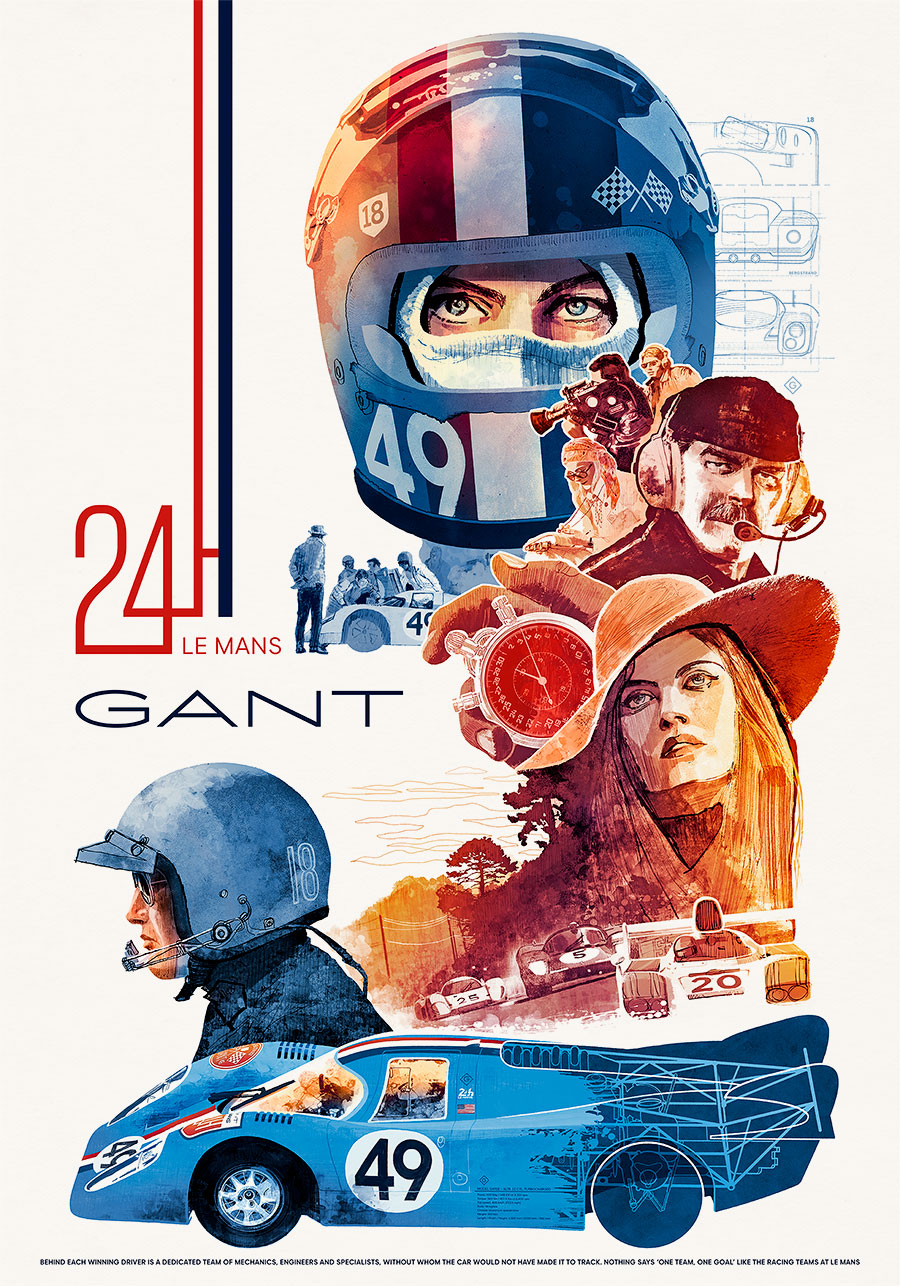 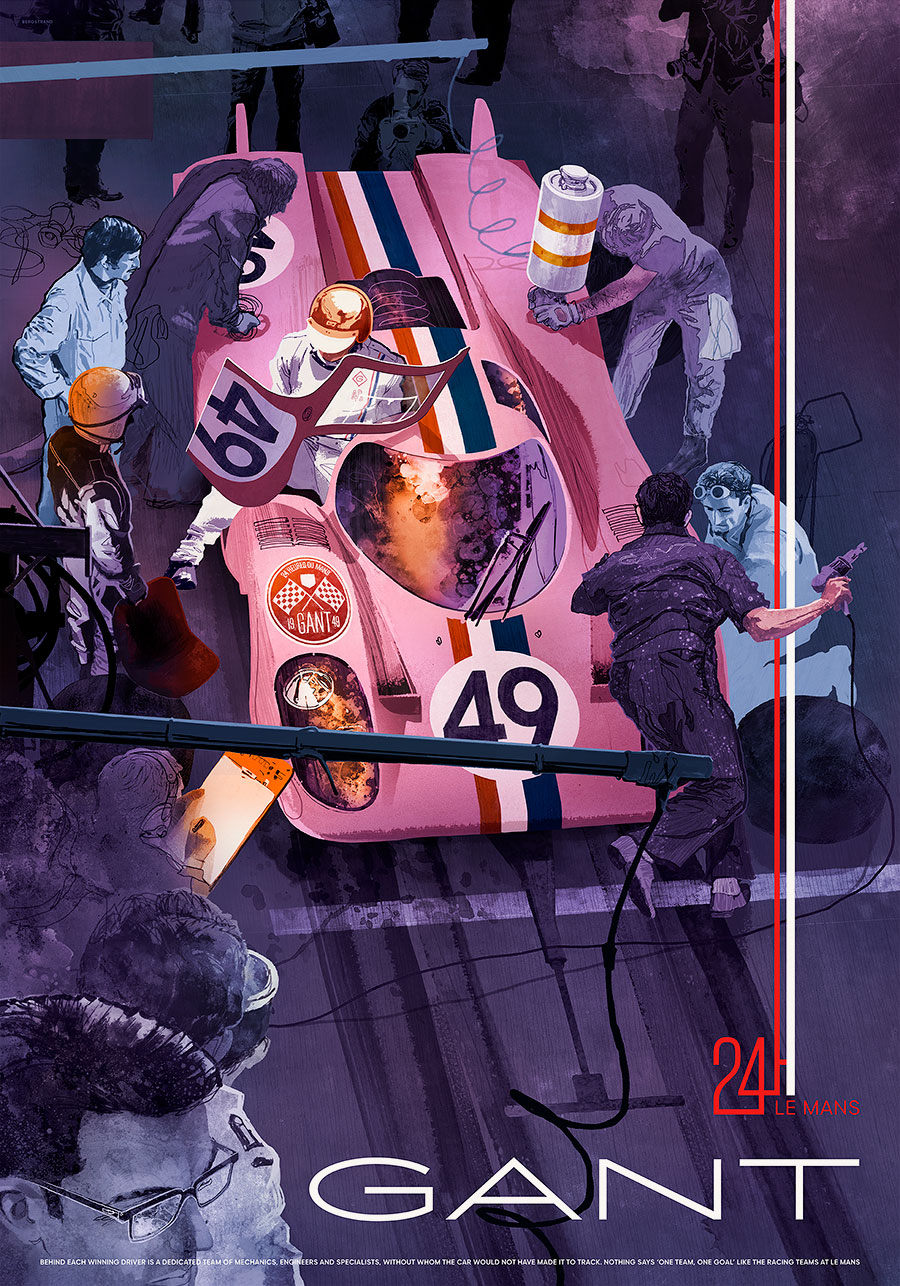 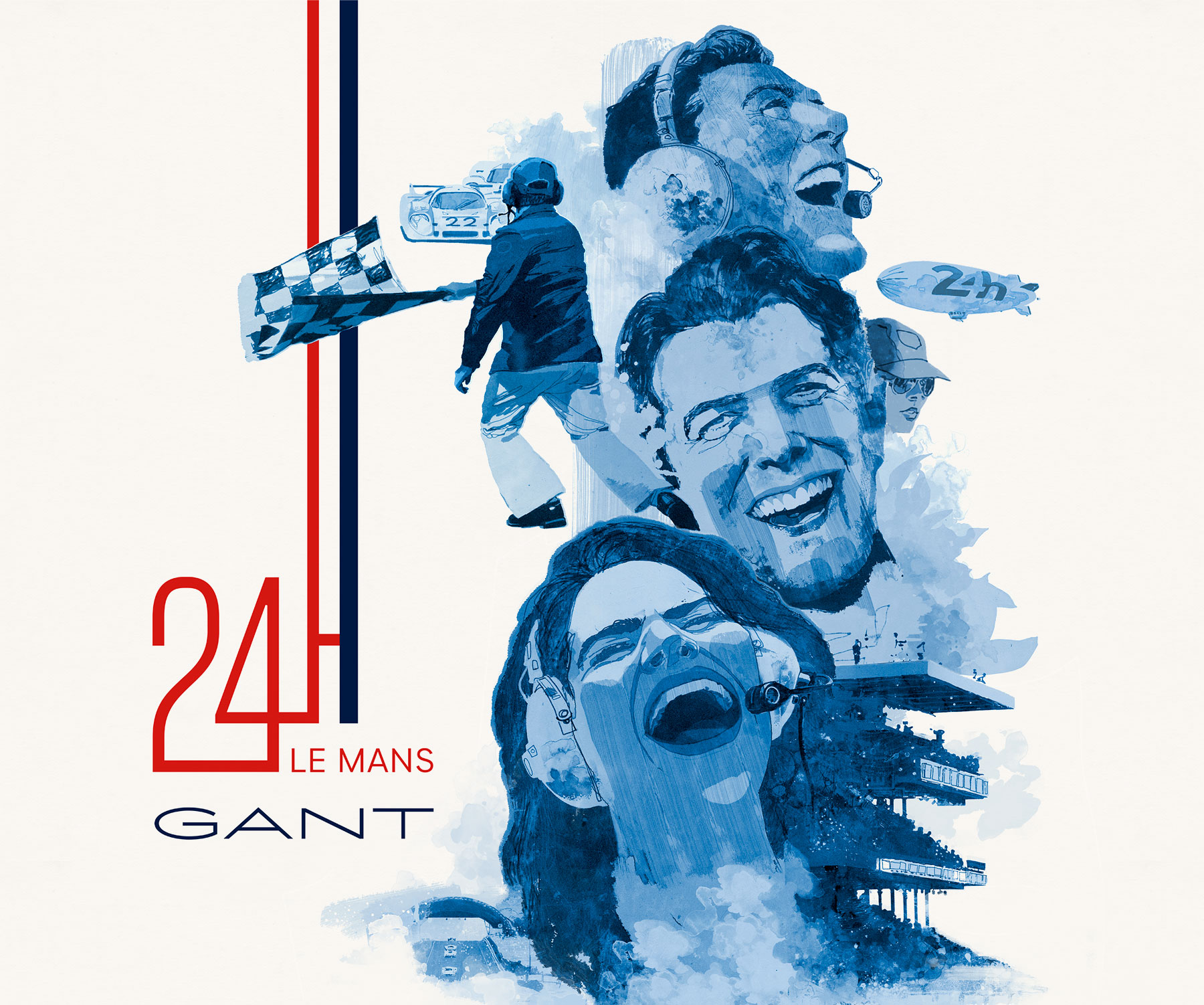 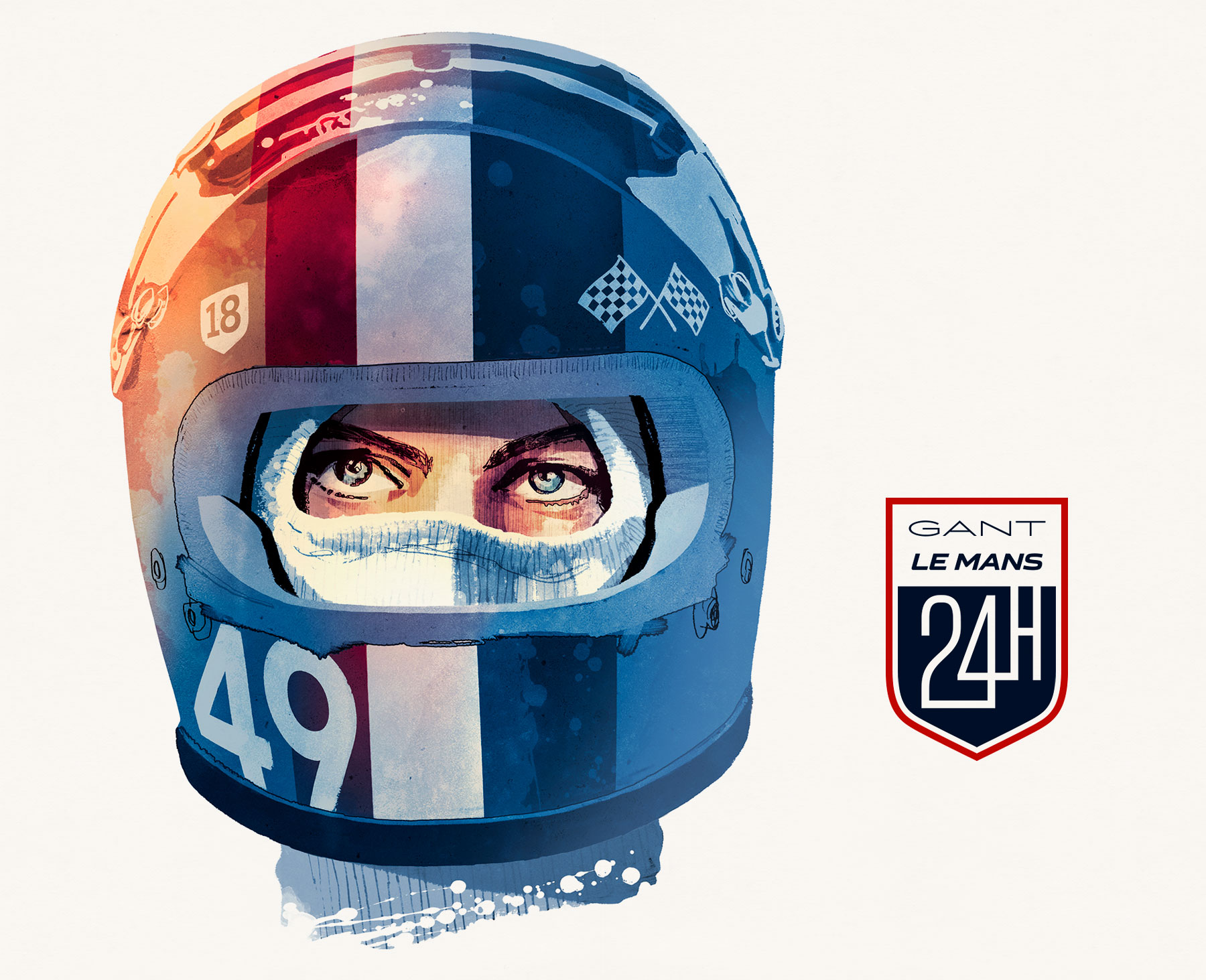 Every other year ACO hosts the Le Mans Classic. Only cars from prior to 1979 are allowed on track and they are divided into six classes according to era. The race makes use of the full length of the Circuit de La Sarthe and all drivers must hold an FIA International Competition licence to compete, meaning they are of a professional standard. In the role of official outfitter GANT was of course present during the event. The accompanying poster was inspired by the classic running start. 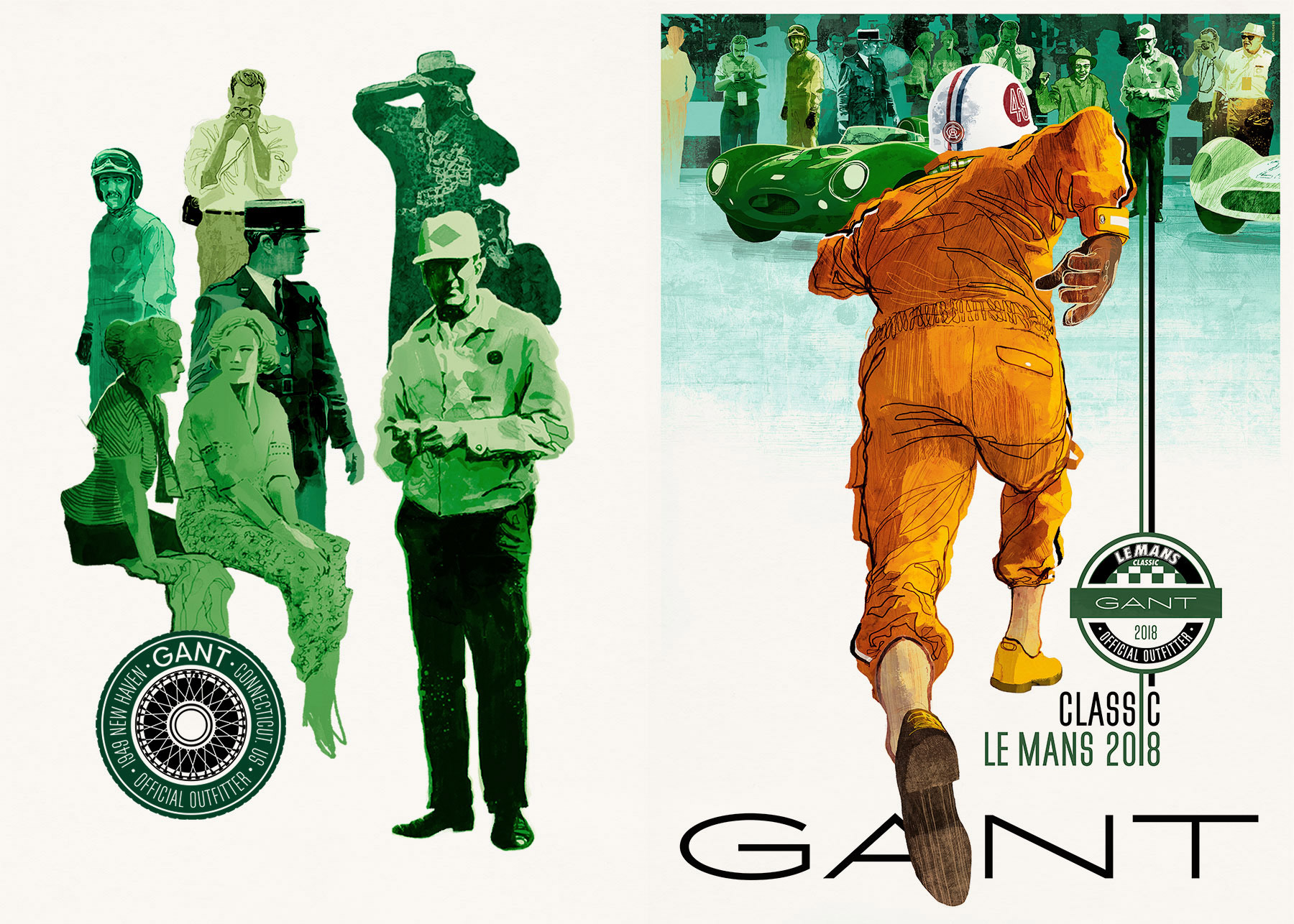